Play cannot be banned: where will the Verkhovna Rada of Ukraine put a comma?

On January 16, 2020, after difficult debate, parliamentarians finally succeeded in adopting in the first reading of the Bill No. 2285-д “On State Regulation of activities related to the organization and conducting of gambling” (hereinafter referred to as the Bill). This means that Ukraine has become one step closer to the formation of a civilized gambling market, however this is not the end, as the road to the session hall, the Bill preparation for the second reading and adoption of the act in whole involves a fierce struggle of different forces.

In general, the history of this act has already been covered by legends and myths, as almost a war has flared up between potential players in the gambling market over the past few months. We will not dwell on behind-the-scenes games, let’s note only that the first version of the Bill, introduced by the Cabinet of Ministers of Ukraine in October 2017, was successfully failed by the Parliament, after which 7 alternative bills were registered. Incidentally, none of them came to the voting hall. But the Bill No. 2285-д was not long in the walls of the Supreme Council of Ukraine. It was registered on December 18, 2019, and in less than a month, successfully passed the first reading.

What prepares for Ukrainians the Bill No. 2285-д? It defines the legal bases for the implementation of state regulation in the field of gambling organization and holding in Ukraine, defines the conditions of their functioning, aimed at the realization of rights and legitimate interests of citizens, support for health care, sports and culture.

Firstly, the Bill defines what gambling is. This is any game, the condition of participation in which is the staking by the player, which gives the right to win a prize, the presence and size of which depends entirely or partially on the randomness and/or knowledge and skill of players.

Secondly, the Bill defines casino gambling, bookmaking, slot machines, lotteries and poker. An innovation compared to the legislation that was valid until the gambling prohibition in 2009 is that now not only offline gambling but also online gambling can be allowed. According to the lawmakers, this will allow to attract additional funds to the budget at the expense of people who got accustomed to playing in the Internet without leaving home. In general, this approach is in line with global trends, as online casinos and other gambling are gaining such a popularity in many countries around the world, that they may eventually be able to compete even with offline ones.

Thirdly, another innovation was the increase in player’s age from 18 to 21 years old, as well as the establishment of the requirements for players and their identification. With it, the Bill provides for severe financial penalties for failure to comply with the relevant requirements and restrictions.

Fourthly, the Bill provides for the creation of a special body in the field of gambling organization and holding – the Commission for Gambling Development and Regulation. Perhaps, this decision is strategically correct, however the logical question arises – how long will it take to form such a body, staff recruitment, search of premises, and writing all regulatory acts necessary for its full-fledged functioning? Taking into account the experience of creating other new public authorities, it will take at least 1 year for full-fledged launch, which means that the rapid receipt of “gambling” money to the budget will have to be forgotten.

Fifthly, the Bill provides for the creation in the State Budget of a special Fund for the support of medicine, sports and culture, which will be formed at the expense of the funds received as payment for licenses. It is planned that these funds will be used for the prevention and treatment of mad dementia, the development of a medical aid system, the increase of salaries of medical and administrative staff of health care institutions, as well as for the support of sports and the financing of programs for raising the cultural and spiritual level of the Ukrainian population.

Below we offer a brief overview of the main requirements for each of gambling contained in the Bill:

Above, we have tried to analyze the main provisions of the Bill as briefly as possible, though it is clear that its text can be radically changed before the second reading. However, we continue to trace the latest gambling market trends. 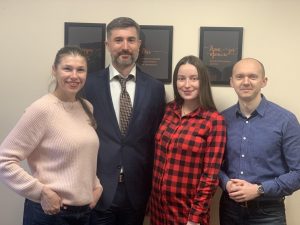 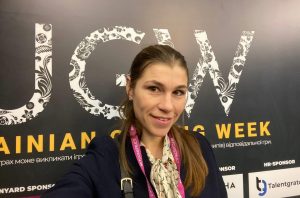 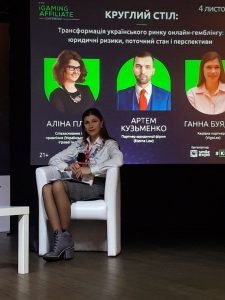