Creating the image of a public figure

The public image of a politically exposed person (PEP) is very important component of one’s professional activity. However, in Ukraine words like “government official”, “political figure” historically acquired ill connotations. In laymen’s eyes the image of a public figure is associated with corruption and bribery, intransparency and uncertainty of administrative procedures, vulnerability from officials’ immunity from law. Therefore, the issue of PEP image-making acquires special significance in the Ukrainian society.

The public figure image is not an abstract category. It is based on actual daily deeds, therefore creating a proper image of a PEP is a long-term multifaceted process that requires attention and care to details.

The image of the public figure implies a degree of conformity of actions by the PEP to values and expectations of specific social groups and society as a whole. It can be created naturally or artificially. The “natural” image is formed in process of interaction of the individual with the public and communication with colleagues, i.e. it is formed spontaneously. The “artificial” image is a result of PR-activity, which very often does not correspond to a real personality of the public figure and does not reflect one’s true personal qualities and ability to undertake high-quality and effective work. Such image is created to match requirements of the society or specific target group.

When advising PEPs regarding image-making, VigoLex law firm carefully analyzes each client and seeks to create an image that, on the one hand, will be positively concordant to society, and on another hand – will not be something unnatural for the person in relation to one’s nature, character or habits. There are no identical people, everyone has features which, with competent presentation, may become essential benefits.

The factors harmfully affecting the image of PEP:

The list is not exhaustive and for each case, special conditions for achievement of effective objectives are developed. Professional support of VigoLex law firm of process of PEP image-making done by specialists allows to avoid many troubles in career of the public figure and to create a strong basis for successful advance. 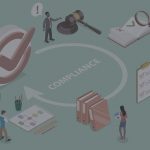 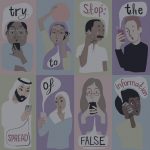 PURCHASE
The site is supported by Komanda